Craig Rounsefell was born into a family with a long line of interest in horse racing, so it was inevitable he would end up in the industry.

After many years of gaining experience around the world, today Craig is one of the top bloodstock agents in the game as the Managing Director of Boomer Bloodstock. 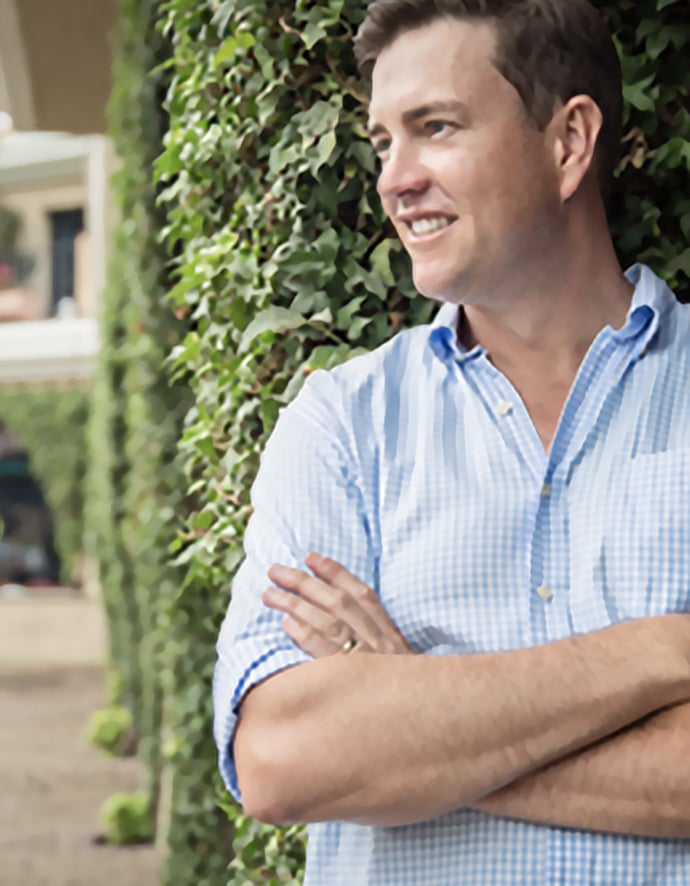 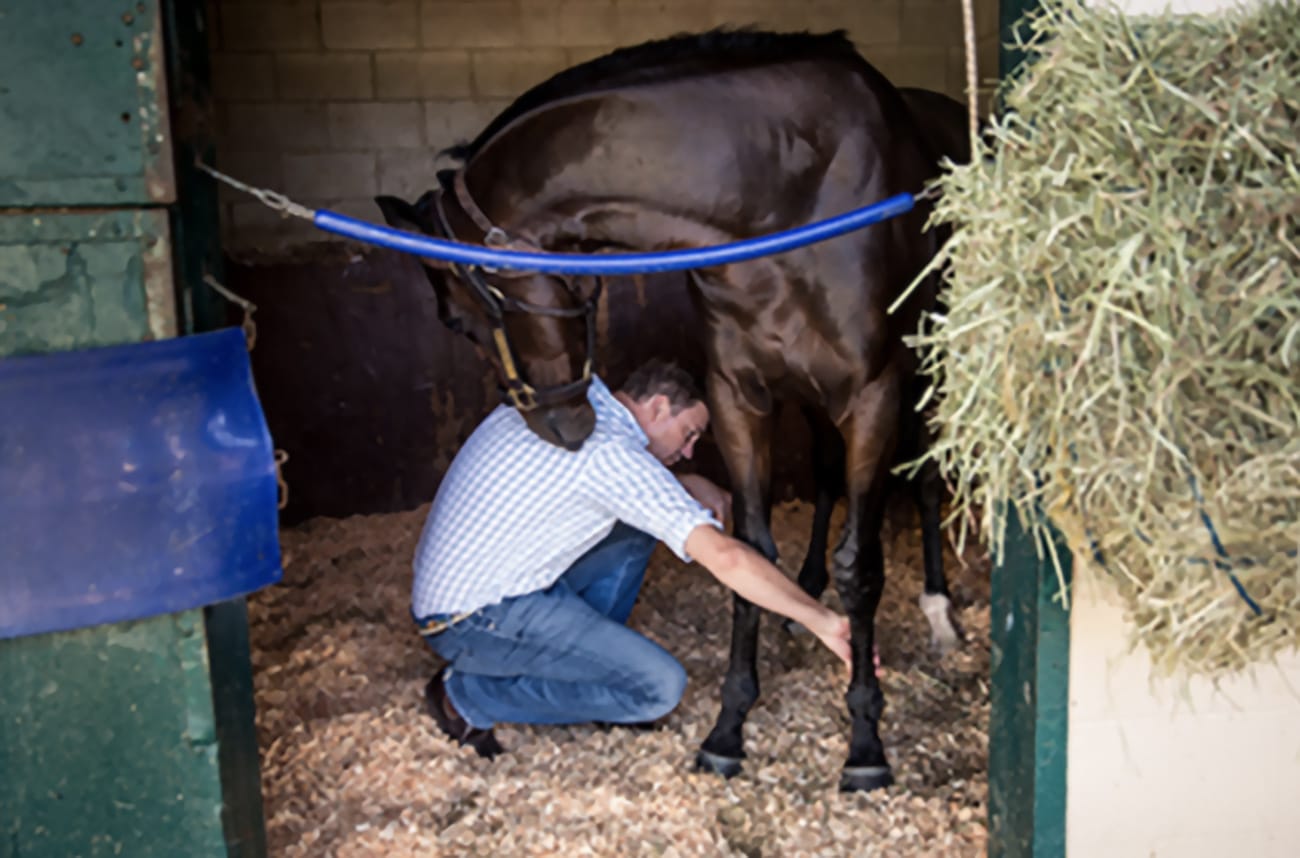 Craig went to school at St Paul’s Anglican in Brisbane, where he emerged as a strong cricket player. This talent took him on several trips to England, during one of which he landed a coaching job at The Duke of York’s Royal Military School in his gap year. Craig always managed to gravitate towards racing, a habit that had started during his time at high school when he worked for experienced horseman Terry Catip at his Warwick-based Misty Downs. During his time in England, Craig always managed to find horse racing.

In 2001, during his time at the Duke of Yorks, Craig visited Ireland for a short holiday and by fortunately was introduced to legendary trainer John Oxx. It was the opportunity of a lifetime. Craig returned on multiple trips to Ireland that year to work at Oxx’s Currabeg Stables at the Curragh. Not only did this experience teach him about the horse industry and horse training; it was also the catalyst for a long association with top trainers around the world.

Watch: Craig talks about his background learning from trainers

Heading back to Australia, Craig enrolled in a Bachelor of Commerce degree at the University of Queensland, and also joined Gai Waterhouse Racing. He began with holiday work in the yards, and eventually moved up to a role attending the sales with Waterhouse herself, alongside George Smith and Steven Brem. Craig graduated from university in 2004 and joined Waterhouse full time, attending to trackwork in the mornings before working in the office in the afternoons.

Shortly after this stint with Waterhouse, Craig was accepted to the prestigious Godolphin Flying Start programme. Spending time in Europe, North America, Asia and the Middle East, he gained valuable industry experience from all corners of the world. Part of his tenure included time with trainer Mike de Kock, who was preparing Asiatic Boy for his UAE Triple Crown victory, and BBA Ireland’s renowned bloodstock agent John Tyrell.

In 2007, Craig graduated from the Flying Start programme in first place and headed to the United States.

Watch: Craig talks about his Flying Start experience
Learning from the best in America 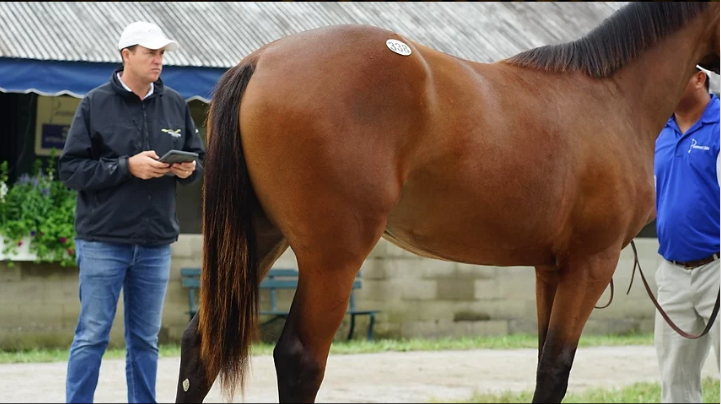 Craig’s time in the US began with an internship at Keeneland in Kentucky. He took part in the selection process for Keeneland’s Two-Year-Old Breeze-Up Sale and assisted with the October race meeting, September Yearling Sale and November and January Breeding Stock Sales. Following this internship, Craig accepted an assistant position with Hall of Fame trainer Neil Drysdale, which took him to Southern California for the 2008 US racing season.

During his year with Drysdale, Craig met his future wife. McCall Mitchell was working alongside her father, the late Mike Mitchell, and, by the end of the year, the pair was engaged. Together they returned to Brisbane, where Craig launched Boomer Bloodstock. The name ‘Boomer’ had been given to Craig during his time on the Flying Start.

Watch: McCall Rounsefell on her love for Del Mar
An International agency

With strong connections now across the Pacific, Craig travelled continuously between Australia and the US, and was able to build a strong international clientele. It was with this international client-base that Boomer Bloodstock earned its first graded stakes victory – Dhaamer in the 2012 Gr.3 Sunset Handicap. Craig had selected Dhaamer at the 2011 Tattersalls Autumn Horses in Training Sale, paying 30,000 guineas, but the horse was just one of two highlights for Boomer Bloodstock. From the same sale, Craig paid 130,000 guineas for a horse called Obviously, and it was this son of Choisir that put Boomer Bloodstock into Gr.1 company.

Trained by Craig’s father-in-law, Obviously took out the 2013 Shoemaker Mile, giving Craig his first taste of victory at the highest level. Shortly after, trainer Mike Mitchell retired with health concerns and his former assistant Philip D’Amato took over and, Obviously went on to win two more Gr.1 races, including the 2016 Breeders’ Cup Turf Sprint at Santa Anita.

Two weeks later Scales of Justice, who Craig bought as a yearling for $180,000, brought up his first Gr.1 victory in Australia winning the Gr.1 Railway Stakes for trainer Lindsey Smith.

It was a ‘boom’ beginning for Boomer Bloodstock and has continued a steady rise with over 100 winners recorded in the 2019/20 season from yearling purchases.

That Breeders’ Cup victory led to a very exciting three weeks of racing, concluding with Boomer Bloodstock-purchased Scales of Justice winning the Group 1 WATC Railway Stakes in a season that saw the gelding named Western Australia’s Horse of the Year for 2016-2017. 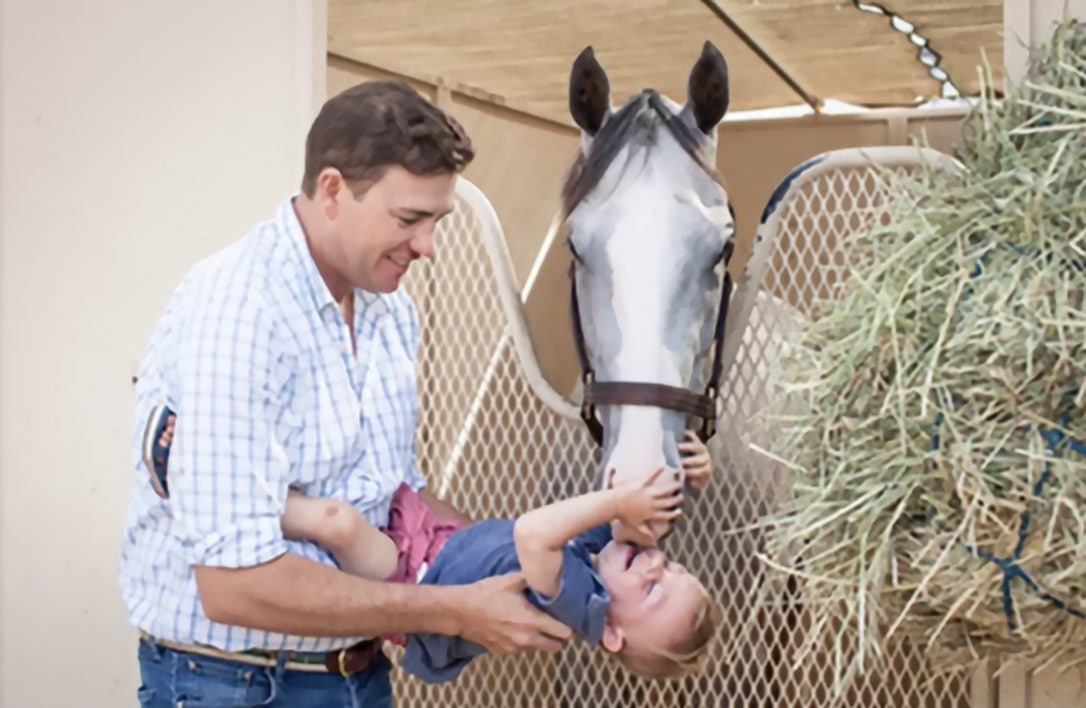 Craig lives between the Gold Coast and Los Angeles these days with McCall and their sons Weston and Micah. Among duties for Boomer Bloodstock, Craig is the North American representative for William Inglis & Son, the Southern Hemisphere buying agent for the Hong Kong Jockey Club and the President of the Federation of Bloodstock Agents Australia.